As companies grow to become some of the largest firms trading on the US stock market, the returns that push them there can be impressive. But not long after joining the Top 10 largest by market cap, these stocks, on average, lagged the market. 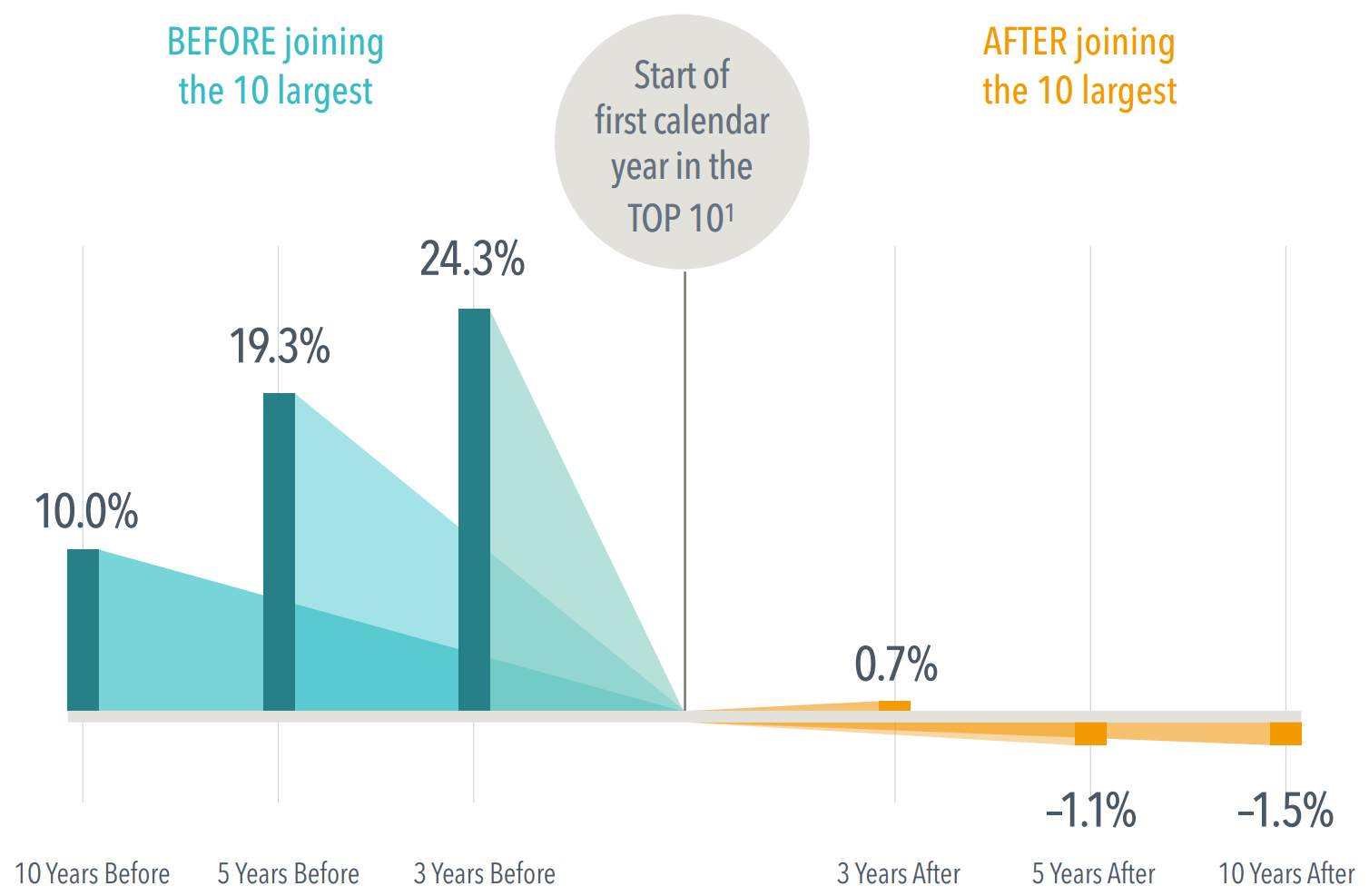 Expectations about a firm’s prospects are reflected in its current stock price. Positive news might lead to additional price appreciation, but those unexpected changes are not predictable.

2. Returns are measured as of start of first calendar year after a stock joins Top 10.