If you've been reading the daily headlines—watching markets stall, recover, and dip once again, you may be wondering whether there’s anything you can do to avoid the motion sickness.

The Case of the Missing Bullet Holes

Have you ever heard the tale of the World War II fighter jets and their “missing” bullet holes? Today’s bumpy market ride seems like a good time to revisit this interesting anecdote about survivorship bias.

The story stems from studies conducted during World War II on how to best fortify U.S. bomber planes against enemy fire. Initially, analysts focused on where the returning bombers’ hulls had sustained the most damage, assuming these were the areas requiring extra protection. Fortunately, before the planes were overhauled accordingly, statistician Abraham Wald improved on the evidence. He suggested, because the meticulously examined planes were the survivors, the extra fortification should be applied where they had fewer, not more bullet holes. 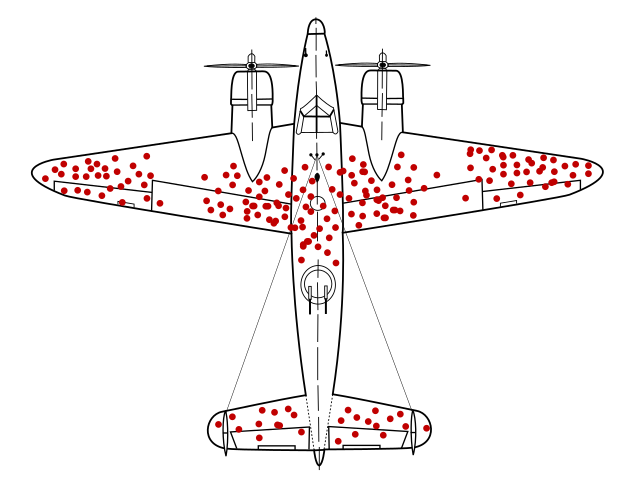 How so? Wald explained, the surviving planes’ bullet-free zones were not somehow impervious to attack. Rather, when those zones were getting hit, those planes weren’t making it back at all. Survivorship bias had blinded earlier analyses to the defenses that mattered the most.

You can think about the markets in a similar fashion. For example, consider these recent predictions from a well-known market forecaster (emphasis ours):

Jeremy Grantham, the famed investor who for decades has been calling market bubbles, said the historic collapse in stocks he predicted a year ago is underway and even intervention by the Federal Reserve can’t prevent an eventual plunge of almost 50%.

At a glance, that sounds pretty grim. But read between the lines for a hidden insight: He was also predicting the same collapse a year ago???

Renowned investor Jeremy Grantham, who correctly predicted the Japanese asset price bubble in 1989, the dot-com bubble in 2000 and the housing crisis in 2008, is ‘doubling down’ on his latest market bubble call.

What if you had heeded Grantham’s forecasts a year ago, and left the market in January 2021? Time has informed us, you would have missed out on some of the strongest annual returns the U.S. stock market has delivered in some time.

If market volatility continues or worsens, brace yourself. You’re going to be bombarded with similar predictions. Few will be bold enough to foretell the exact timing, but the implications will be: (1) it’s going to happen soon, and (2) you should try to get out before it’s too late.

Some of these forecasts may even end up being correct. As we reviewed in our recent Bull & Bear Infographic, bear markets happen, so anyone who regularly forecasts their imminent arrival will occasionally get it right. Like a stopped clock. Or those continually looping infomercials on how “now” is the best time to load up on silver or gold. (Incidentally, many of these same precious metal purveyors are among those routinely predicting the end is near.) 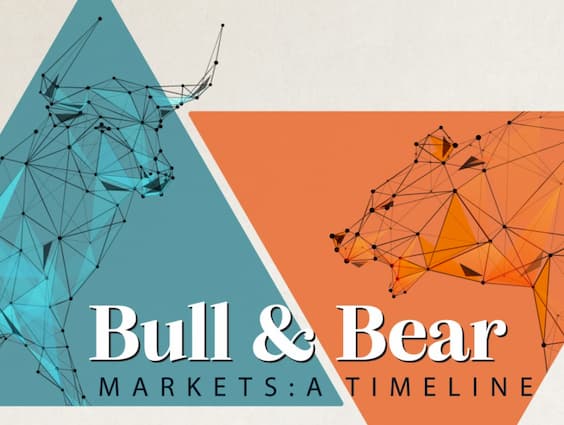 Bouts of market volatility are like the bullet holes we can see. They’re not pretty or fun. But interim volatility isn’t usually your biggest threat… attempting to avoid it is.

The preparations we’ve already made with clients may be less obvious, but they’re there—including tilting a portion of your portfolio into riskier sources of expected return for long-term growth, fortifying these positions with stabilizers, and shoring up the entire structure with low expenses and global diversification.

As your steadfast fiduciary advisor, we will continue to help you implement the kinds of opportunities that make sense for you and your portfolio. These may include:

This brings us to the real question: What should you do about today’s news? Unless your lifetime financial intentions have changed, your best course is probably the one you’re already on.

As “The Psychology of Money” author Morgan Housel has observed:

“Bubbles do their damage when long-term investors playing one game start taking their cues from those short-term traders playing another.”

That said, we remain available, as always, to speak with you directly. Don’t hesitate to be in touch with any questions or comments you may have.

Call us now or schedule some time at www.openwindowFS.com/connection.