The global financial crisis highlights this same lesson and the forward-looking nature of the stock market. The U.S. recession spanned from December 2007 to May 2009, as indicated by the shaded area in the chart.

U.S. RECESSION AND STOCK PERFORMANCE DURING THE GLOBAL FINANCIAL CRISIS1 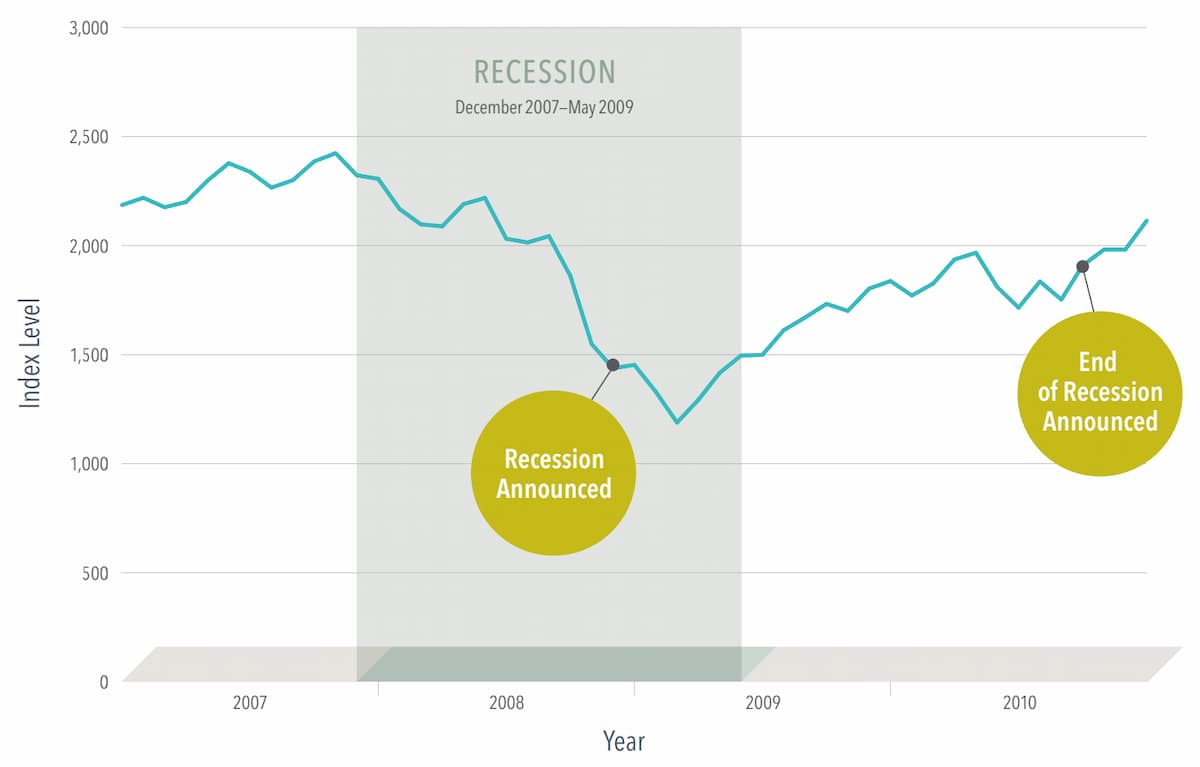 Recession Announced: The official “in recession” announcement came in December 2008—a year after the recession had started. By then, stock prices had already dropped more than 40%2, reflecting expectations of how the slowing economy would affect company profits. Historically, U.S. stocks have struggled in the first half of recessions, with negative returns occurring before the announcement of the recession.

End of Recession Announced: Although the recession ended in May 2009, the “end of recession” announcement came 16 months later (September 2010). U.S. stocks had started rebounding before the recession was over and climbed through the announcement. Historically, during the second half of a recession, investors have historically enjoyed positive returns.

Recessions are proclaimed with a delay

The National Bureau of Economic Research (NBER) identifies phases of the business cycle using many different indicators, such as consumption and income data, employment rates, and gross domestic product growth. None of these measures have been consistently dominant in the determination of economic conditions. Further, past U.S. recessions have come in all shapes and sizes. Recessions are therefore named retroactively, with the benefit of hindsight (and additional economic data that may be available with a lag).

In the COVID-era recession of 2020, for example, the market’s low point came in March, three months before the announcement in June 2020.

Because recessions are proclaimed with a delay, rather than in real-time, markets are often on the way toward a recovery by the time of the announcement. As shown below, the stock market had already bottomed out prior to the announcement month in two-thirds of recessions since 1980. (Prior to 1979, the NBER did not formally announce recessions.)

Recessions seem to be a normal part of positive change and growth. “A Wealth of Common Sense” blogger Ben Carlson lists nearly three dozen distinct U.S. recessions dating back to the 1850s, with an average length of 17 months. Yet, when these periods are viewed with their counterparts, the good times have been disproportionately longer and stronger than the bad times. Consider the growth since the end of World War II, when the U.S. stock market was priced at approximately 16. The same index is priced today at approximately 4,000.

So, if and when a recession is declared, reducing exposure to stocks at that point may lead to missing out on brighter days ahead.

Read more of our thoughts on Market Downturns, here

Sudden market downturns can be unsettling. And after negative periods of returns, it is natural to wonder if more pain is to come.

But historically, U.S. stock returns following sharp downturns have, on average, been positive.3 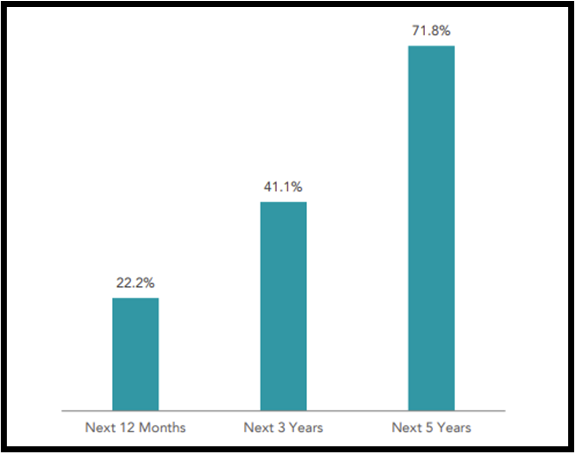 Markets can get a lot worse before they get better, but they are still expected to get better.

Investors who look beyond after-the-fact headlines and stick to a plan may be better positioned for long-term success.